My Books and What The Critics Think

New Yorker and aging gay man Billy Veleber who abhors growing old has lost Mitch, his former meth head lover, to his habit, and Gus, the older man in his life and mentor, to despair, when he is confronted with the chance to become 21 all over again, through the magical prowess of the dog tag of a long dead Civil War soldier, Samuel Evans. Young again, Billy abandons Manhattan for Fort Lauderdale where he meets Dare, the love of his life, whose clever quick rich venture first bonds them, then threatens to end their idyllic lives together forever. Billy also faces the reality of having to tell Dare the truth about himself.

“There have been countless stories about the quest for youth and everlasting life making it difficult to find a new way to approach it and write about it. Here is where Andrew succeeds. He takes the facts that he has learned and converts them into fantasy and he gives us a very sexy story. It seems that there were certain dog tags that contained the life force of their long dead owners and when the tags were transferred to a new owner, the person returned to the age Samuel was when he lost his life.

We meet some very hot men who have some very hot sex but the reader must be ready to read fast because the novel is fast paced. I actually heard, and thoroughly enjoyed the audio version that made it all seem very real (and very sexy). However, it is not only the sex that keeps the story moving. Writer Andrews tells a good story in wonderful prose…

There are a lot of characters and the story changes directions a few times keeping us alert. This is one of those books that will stay with me for quite a while.”

Here are some audiobook samples from “For The Love Of Samuel:”

Starting a new life in sunny Fort Lauderdale, Billy meets Dare, a 42 year disgraced ex New York City cop now working as a security guard at the leatherbar Billy gets a job at as a barback. The chemistry between them is immediate, and that night, Dare takes Billy back to his condo where they make love for the very first time …

Buy Guys is the story of Blaze and Pete, two young, handsome drifters with nothing and nothing to lose. Blaze convinces Pete, who is falling in love with him, to leave dreary New Jersey and lead free and easy lives as male

prostitutes in sunny Fort Lauderdale, posting their profile on the male escort site, Buy Guys. Blaze, however, soon pulls Pete into a much larger, more dangerous scheme, a scheme that eventually threatens to destroy them both.

“Well written … I naturally assumed by the title that the story would be about two guys in the sex trade but I had no idea that this would also become a kind of mystery… the sex scenes are quite graphic … (and) Blaze and Pete use sex as a way to bolster their finances and get out of debt. More importantly, they try to deal with their pasts and it is with this theme that they find themselves involved in kidnapping, murder and drug use … RP Andrews gives us two characters that represent what can happen when the wrong choices are made and he does so in a way that they hold a fascination for us.”

In this audio chapter we meet the two men of our story, young and studly Blaze and Pete and find out why they decide to leave dreary New Jersey for the sun and fun of Fort Lauderdale as paid escorts on the pick up site Buy Guys…

Blaze and Pete encounter all kinds of guys in their pursuit as sexy studs for hire in sunny Fort Lauderdale but Pete, who thinks he has seen it all, finds his client on this particular afternoon certainly in a class by himself…

thanks to a bequest by his late gay great uncle. Uncle Charlie has unexpectedly died of a heart attack, leaving him the sole owner of several of the most successful bars in Wilton Manors, Fort Lauderdale’s gay ghetto.

Flying down to Lauderdale to claim his bequest, Jon encounters Uncle Charlie’s dubious friends and business associates, and is immediately submerged in the underbelly of Lauderdale’s gay scene. He also discovers his great uncle’s memoirs which reveal truths not only about Jon’s own past but also what may have really happened to his uncle.

“This is one of those reads that just takes you along and dominates you as you read and you do not have to think about anything but getting lost in the story.”

Summoned by Uncle Charlie’s lawyer to Lauderdale. Jonathan learns that Uncle Charlie left him ownership in two of Lauderdale’s most successful gay bars. He is in Charlie’s beachfront condo which is now his when he finds his uncle’s smartphone and calls the last number of the last text message Charlie received. It is from Marcos, a local barber and fuck buddy who offers to come and help Jon sort things out…

In this audio chapter from “Czar,” Jonathan is introduced to forbidden fruit by humpy leather man Gil, manager of the Gearshaft, Lauderdale’s leather and levi bar Jon inherited from his late uncle. Gil was also one of Charlie’s lovers …

Not In It For The Love

A novella of unconventional love, betrayal and redemption set in the New York City of 9/11. Available in e-book and audiobook editions.

Set at the turn of the new millennium. this is the story of Josh, a young street-smart Florida drifter is snatched from his dead-end existence as a male hustler in a cheap Key Largo motel by Bishop, a Wall Street power broker who sets him up as his trophy boy in

There, Josh, after leading a promiscuous lifestyle within New York City’s gay sub-culture, meets Hylan, a young, bi-racial, down-on-his luck, wheelchair-bound musician who awakens in Josh what love can be between two men. But their chance at happiness and the lives of those around them are forever changed by 9/11.

Up to now Josh, the Florida drifter and sometime male prostitute who has been adopted by Wall Street deal broker Bishop and brought to Manhattan as his trophy boy, has always viewed sex as a way of benefiting himself minus any emotions. That all suddenly changes one Sunday evening when Josh pays a visit to New York’s West Village…

Josh has plans to meet Bishop for lunch at Windows on the World on top of the World Trade Center, site of Bishop’s new job, and visit Hylan at St. Vincent’s Hospital where he is being treated for his paralysis, when all of their worlds are turned topsy turvy. The date: September 11, 2001.

My other works include:

A collection of edgy short stories set in some of America’s leading gay venues like New York, San Francisco and Fort Lauderdale, with characters – gay men and women- whose arrogant, aggressive natures lead them down life paths they wish they had never explored. Available at amazon.com and barnesandnoble.com.

“Sweet is an author who uses irony to create literary image with the deft skill of a cloisonné artist. Civilization, truth, history and love are examined under the diamond brightness of an Indian sun.”

The collection of my no-holds-barred, unvarnished, introspective social commentary on gay life in today’s America from my daily blog, str8gayconfessions.com. Available at amazon.com and barnesandnoble.com.

I also offer my own critical reviews of some of America’s so-called gay hot spots, including my own home base of Fort Lauderdale, Florida, which is frequented by more than a million gay travelers annually.

Written from my perspective as a “str8 gay” man, a member of the great silent gay majority who do not espouse the fluff of gay sub-culture or all its political correctness but instead lead quiet, ordinary lives,

Confessions covers such diverse subjects as:

“Confessions takes a deeper behind the scenes look at the gay community, but with the standard rose-colored glasses removed … for every opinion I did not agree with, there were many more that I felt were ‘right on’ and only wish were more openly discussed on a regular basis by the gay community.” 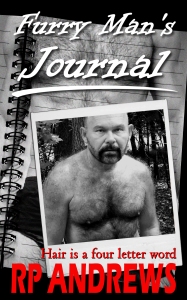 story parallels the evolution of Modern Gay Life in America from the birth of Gay Liberation, through the AIDS crisis, to today’s techno-crazed age. Available on amazon.com and barnesandnoble.com